As seen in Fine Gardening

The Christmas Tree, a centuries old holiday tradition, has certainly seen some changes in modern times. From Germany in the 1500s, the evergreen hung with ornaments of fruits, nuts, and sweets remained virtually unchanged through the early 20th century.  The 1930s saw the first boom in artificial trees, but post WWII the materials and styles expanded. Today, we can choose from life-like artificial trees, or fanciful trees in every color of the rainbow—with fake snow, and/or prelit, if you desire.  Meanwhile, the good old evergreen Christmas Tree is perhaps facing a crisis as its producers are growing older and retiring, without sufficient interest from younger generations in continuing the tradition. 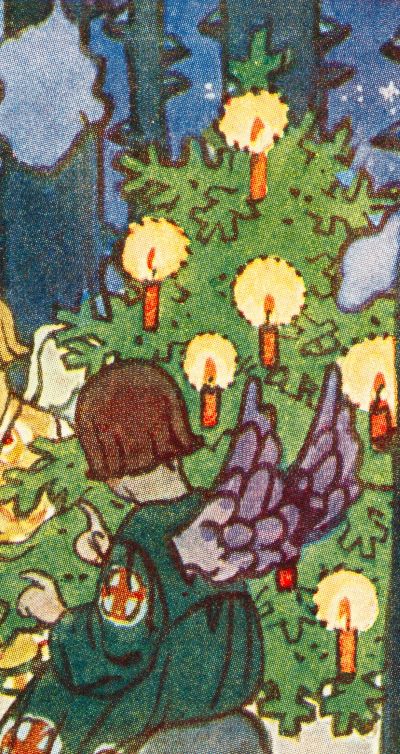 The first decorated Christmas trees are said to have originated around the beginning of the 17th century in Germany. Apples were one of the first ornaments, representing the forbidden fruit on what were called “Paradise Trees.” Martin Luther is credited with first adding candles to the trees, attempting to recreate the wonder of stars shining through the tree limbs. Tinsel was made from actual silver in Germany during this time as well. Other common decorations included dried fruits, berries, nuts, small pastries, and later homemade ornaments of paper, tin, fabric, and straw in shapes of flowers, hearts, angels or stars.

The beginning of the decorated Christmas Tree as we know it  began in the Victorian era. The development of glass ornaments is said to have roots in a poor cropping of apples in Germany in the early 1800s, resulting in a dearth of the red fruit for the traditional tree decorations. Apparently, an enterprising German glassblower decided to make his own apples out of glass, which paved the way for this new type of ornament.  The industrial 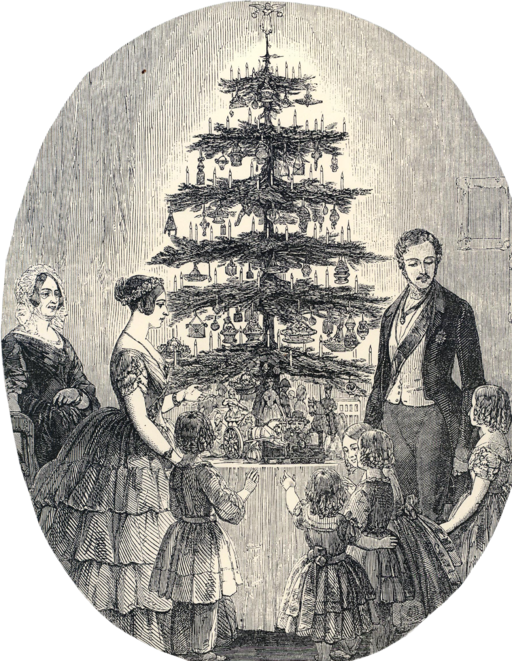 revolution allowed for faster manufacturing and delivery of products, but the desire for Christmas ornaments specifically was spurred by the popular Queen Victoria.  A newspaper article publicized the Christmas celebration of the queen and her German husband, Prince Albert, depicting the family standing before a lavishly decora

ted tabletop tree.  From that time, Christmas celebrations took on a new importance in an attempt to emulate royal tastes and traditions.

The first artificial trees were created in 19th century Germany as well.  Made of goose feathers dyed green, the invention was in response to deep concerns over deforestation.  Goose feather trees were extremely fashionable in 1920s America.  In the thirties, American company Addis created a fake tree with bristly needles that more closely resembled what we have today—from the same bristles used to make their other popular product, the toilet brush.

Post WWII America saw an enormous increase in the Christmas business, as new and increasingly available materials allowed for mass production, and optimistic consumerism provided plenty of sales opportunities.  Glass “baubles,” originally brought from Germany to America by Woolworth, were initially so expensive few families could afford more than one or two per year.  By the end of the 1940s, 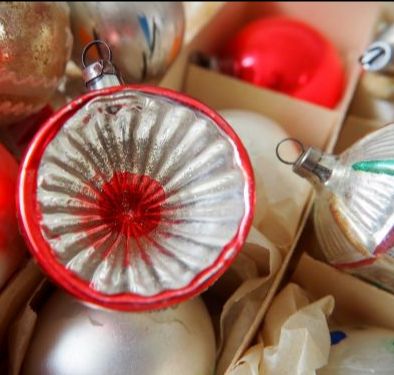 manufacturing improvements meant that the shiny colorful balls could be sold and bought by the box. Later, plastic ornaments arrived from Japan, typically shaped as balls or icicles. Even more interest was created when First Lady and fashion icon Jaqueline Kennedy initiated a new trend by instituting yearly themes for the White House tree, the first being “Nut

Influenced by the space race and a new fascination with science, the mid-century modernization of the Christmas tree included models of shiny silver aluminum, with rotating color wheels.  By the mid-60s, families could match their tree to their home décor if they desired, with flocking in many colors. 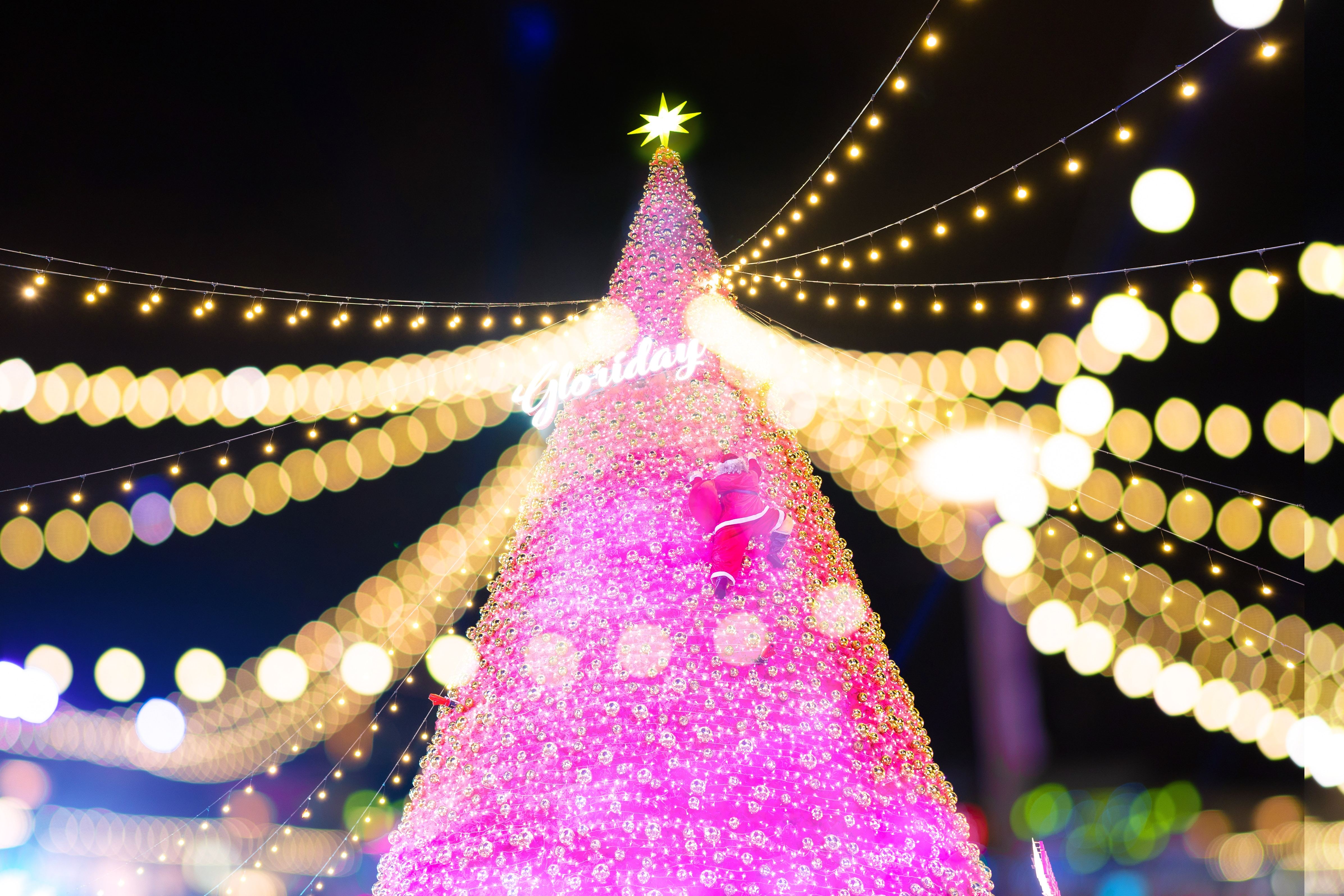 Much of the enthusiasm for the unnatural Christmas tree craze came to a screeching halt in 1965, as the country watched 2 little boys search nearly in vain for a real tree in a psychedelic lot full of tawdry, synthetic imitations.

The innocence of Linus and Charlie Brown made many folks take a hard look at what Christmas had come to mean. The impact is long lasting—to this day families arrive at their local tree lot, asking for a “Charlie Brown” tree, which to them represents heart and character, in the true spirit of the season. For them, no artificial evergreen will ever do.

That desire became problematic in recent years as fewer natural trees were produced and the number of growing operations decreased as well.  The average 6-7 foot tree you buy this year was planted roughly 7 years ago, and depending on variety could be as much as 12 y 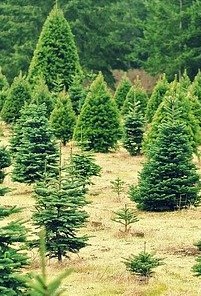 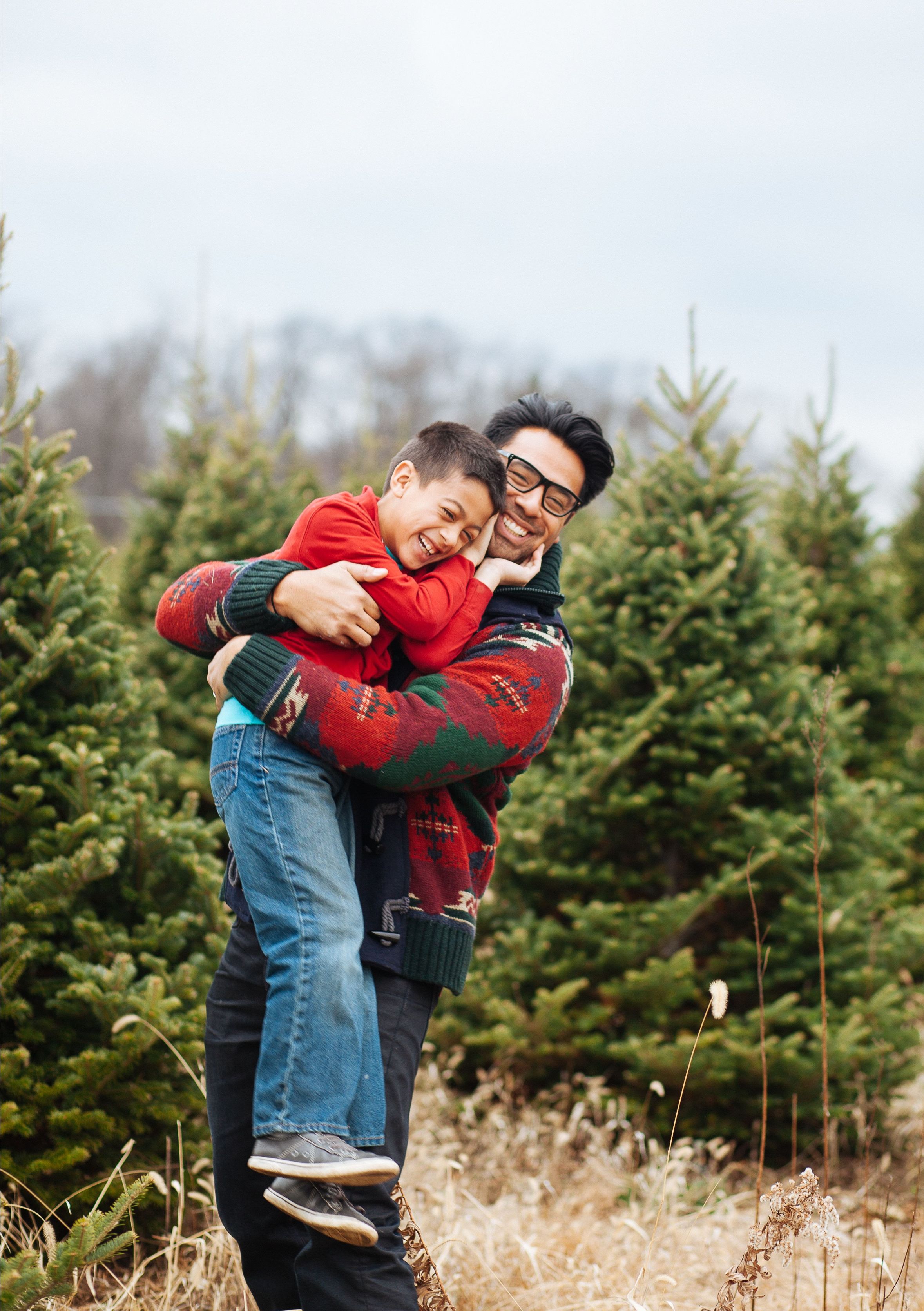 years of watching couples and families come to the nursery to pick out a tree, I do envy their experience.  Often it was the same family year after year, carrying out a fond family tradition—some of them waiting until an older child had come home from college for the holiday.  And the children of any age always expressed the same joy and excitement, and love.  As long as that’s there though, it suppose it doesn’t matter whether your tree comes out of a box, or from a snow-covered hillside.  After all, that’s really what Charlie and Linus taught us, right?