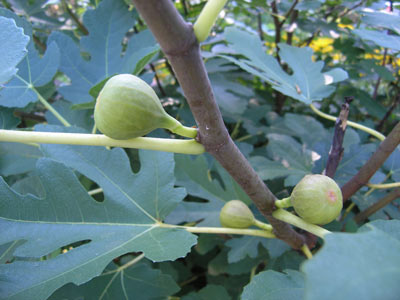 If you're like a lot of us, you may not know.  But any true fig aficionado will tell you not to even mention Fig Newtons when answering that question.  If you've never eaten a fresh, ripe fig, you've never eaten a fig.  And figs are not all the same.  Depending on the variety, they may taste of honey,  caramel, lemon, or even chocolate, and be sweet, bright and fruity or nutty.

Figs are one of the oldest fruits in cultivation, dating back as early as 4900 years ago.  Native to the Mediterranean, they were first brought to North America by Spanish and Portuguese missionaries in the 16th century.

Hence, when they reached California 200 years later, one variety was dubbed “Mission” fig.

All of the dried fig production in the United States is located in California.  There, the long, hot, dry summers and mild winters maximize production.  Figs are moderately salt-tolerant, so are commonly grown in coastal areas around the Gulf and Mid-Atlantic coasts.  Best grown in-ground in zones 8-10, figs are nontheless grown by fig lovers in northerly climes who either carefully protect in-ground plants during cold winters, or containerize their figs and overwinter dormant  in any available warm enough space.

Besides the climactic considerations, all figs really need to grow is a good, well-drained soil and full sun, preferably 8 hours or more to heat and ripen fruit.  They are fast-growing, suckering from the roots, and may eventually form thickets 10-20 feet wide and as high or higher.  Their root system is shallow but extensive, up to 3 times the diameter of the canopy.  Fortunately, the roots are not damaging to masonry foundations or underground steel pipe.  They may however, harm clay sewer pipe, so figs should not be planted less than 25 feet away, or over septic drain beds.

Figs respond well to additions of fully rotted manure or compost, and established in-ground bushes rarely require commercial fertilizers.  If your fig is growing at least a foot per year, fertilizing should not be necessary.  Over-fertilization is more likely to result in rank growth and poor fruiting.  Younger plants may benefit from 3 applications of a well-balanced fertilizer (6-6-6 or 8-8-8) during the season, but refrain from feeding after mid-summer so that the plant may harden off before frost.  Soil ph of 5 to 8 is acceptable, 6 to 6.5 is ideal.

While established fig plantings are relatively drought tolerant, some varieties, such as Celeste, will form dry, hard fruit or drop fruit altogether in dry summers.  An average of 1 to 1 1/2 inches of rain per week is generally needed.    Wilting grass is a sure sign that figs planted in lawn areas need water.  Careful attention must be paid when fruit is ripening—uneven or too much water may cause splitting and cracking.

When planting your fig, plant tree forms 2 inches deeper and bush forms 4 inches deeper than originally growing in the pot.  Bush form growing is recommended for zones 7 and colder, as top growth often suffers winter kill, but will usually re-sprout from the roots.  Especially in cold winter areas, choose a location that is protected from winter winds, or consider planting against a south-facing wall.  Mature plants are cold-hardy to 15-20 degrees; fully dormant plants (after leaves have dropped) may only suffer damage of current season's growth at 10 degrees.   Planting in spring is recommended, as juvenile plants are more easily cold-damaged. 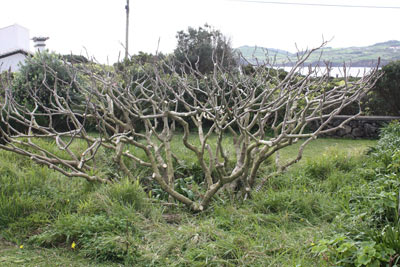 Most figs do not need extensive, yearly pruning, but early training is beneficial.  Upon planting, cut bush form plants back by half to force new growth from the base.  In the following late winter or early spring, select 4 to 6 evenly spaced shoots to serve as leaders, and remove the rest at the base.  The shoots should be spaced so that they will have room to grow 3-4 inches in diameter without interfering with each other.  Leaders should be pruned to 1 foot.  The next spring, after frost but before new growth begins, head back branches by 1/3 to 1/2, and remove any dead, broken, or crossing branches, and any new shoots not needed for new leader replacement.  All cuts should be made back to a bud or branch—never leave stubs.  If your climate permits two crops per year, you may prune back after the first (breba) crop in mid-summer to increase production of second (main) crop. 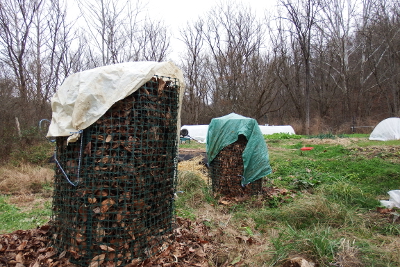 In zones where 15 degrees in winter is common, you will want to consider winter protection.  Plants may be tied up and dug on one side, bent over, and then buried in a trench on the other side and covered with soil.  Or plants may be tied up and surrounded with a wire frame, then filled with leaves or straw and covered with burlap.  Plastic covering is generally not recommended as it may heat up too much if unseasonable warm spells occur.

Grow figs in containers in zones 6 northward.  15 gallon containers are recommended.  Use a good quality container or potting (soilless) mix, and add perlite for drainage.  Incorporate a slow-release fertilizer such as Osmocote at planting, or feed with 1/4 teaspoon per gallon of 20-20-20 water-soluble fertilizer  at every watering spring through mid-summer.  Keep plant moist but not wet.  Prune annually in early spring to keep to 5 to 10 feet.  Once plant is dormant in fall, place in a dark area that stays above 20 degrees—an attached garage or basement is ideal.  Do not let entirely dry out—water every month or so if soil does not feel damp.   Bring outside in spring after last frost.  If tree has broken dormancy and leaves have sprouted, place in shade first and then gradually into sun to avoid sunburn.  Watch the weather—plants will need to be covered or possibly brought back inside in the event of unexpected late frosts.

Container-grown figs should be removed and root-pruned every 5 years or so.  This sounds scary, but just take a knife and slice off roots on all sides and bottom—a total of 1/3 of rootball.   Also do your annual top-pruning at this time, removing 1/3 to 1/2 of the top growth.  Then simply replant with fresh soil in the same pot.  During the growing season, pots may be sunk in the ground and the roots allowed to grow through the holes to allow them to access water and nutrients.  This will lessen maintenance during the season, but remember the pots will need to be dug out to move inside in fall.

Certain figs have fascinating and complex pollination and fruiting habits, involving a specific wasp which lays eggs inside the “fruit,” which is really just a receptacle (synconium) for the actual  fruits that hold the seeds inside the fig.  Next time you're feeling sorry for yourself, consider the male fig wasp, who completes his entire life cycle inside his fig.  Don't worry, though, enzymes in the fig have dissolved the wasps by the time you eat it.  And don't look for those fig flowers, either—they are inside the synconium, as well.

Fortunately for the home grower, you just need to look for varieties of the “common” fig which require no pollination, and which are the likely varieties you will find in your local nursery.

The  most cold hardy figs are Chicago, Brown Turkey, and Celeste., all brownish in color when ripe, with pink flesh.  Chicago is reported to be a heavy producer.  Brown Turkey can produce 2 crops of medium to large figs in southern locations, but a breba crop would not be expected above zone 8.  It can, however, regrow and produce fruit the same year if winter killed.  Celeste is hardier that Brown Turkey and it's one crop ripens earlier than others, but cannot tolerate prolonged dry periods.

Do be careful when choosing, as fig varietal names are hopelessly confused.  Brown Turkey may be English Brown Turkey, Texas Brown Turkey, Everbearing, or Texas Everbearing, depending on the grower and what part of the country you are in.  Beware of California Brown Turkey ( also called San Piero, San Pedro, Black Spanish, Thompson's Improved Brown Turkey), which is a different plant not nearly as hardy.   When in doubt, consult your local cooperative extension agency, or Fig Varieties: A Monograph, by Ira J. Condit.

Growing a fig plant is relatively simple; harvesting fruit seems to be problematic for some. Figs grown from cuttings will fruit the first year, but this should be removed to strengthen the plant.  Figs in the juvenile stage, approximately the first 3 or 4 years, will not be as productive as mature plants. This does explain why those growing in upper zones have the most complaints—a harsh winter every 4 or 5 years never gives the plant a chance to properly mature.   Erratic weather patterns and late frosts also get figs off to a slow start, so some may not have the proper time to ripen their fruit.

Some growers report that figs fruit better with some type of root restriction.  Figs are therefore sometimes planted in a large pit with the sides lined with rocks or boards.

Figs must be allowed to ripen on the plant, for they will not ripen after picking. Ripe figs will  yield to gentle pressure, and the neck will bend, rather than sticking straight out. They are easily removed from the tree—if milky sap forms on the stalk then the fig is not quite ripe, but may still taste ok. (Note that the sap of figs is a skin irritant to many people.)  Soured figs and figs larger than pea size  remaining on the bush which have not ripened by the end of October should be removed.  Harvested figs will last up to 3 days if refrigerated.